All the lessons and letters to students were written by hand by the school’s first teacher, Miss Janet Mackenzie.

A second teacher was employed by the school once the roll hit 218 students.

The school’s first headmaster was appointed.

The first radio broadcasts were made to students, although at that stage they were not formal lessons.

The roll had grown to around 1,800 primary and secondary students, and 45 teaching staff.

All New Zealand schools were closed due to the polio epidemic. The Correspondence School stepped into the breach, preparing lessons to be sent to every home in the country as well as broadcast lessons from January to mid-April 1948.

‘A Letter to the Teacher’, a film about The Correspondence School, was shown in theatres throughout the country and nominated for inclusion in the Berlin Film Festival.

Our work with rural children with special education needs was praised by the 1960 Royal Commission, and we investigated ways to extend or increase the service.

Early childhood students (aged between three and five) unable to attend a play centre or kindergarten because of distance, illness, disability or itinerancy were enrolled for the first time.

In addition, the first permanent school building officially opened at Portland Crescent in Thorndon, Wellington. The school continues to be based from this office.

Governance of the school passed from the Department of Education to an elected Board of Trustees.

This was a time of great change. Bar-coding was introduced across the school to record the movement of student work and resources to and from the student resource centre, the first CD-ROMs and the student information database (Xtend) were developed, and the first interactive teaching sessions with schools using audiographics were introduced.

It was also the end of an era for a number of initiatives, such as radio broadcasts and residential schools, which ended in 1990.

The first Learning Centre was established at Ruatahuna.

In response to a budget deficit of $6 million, the Minister of Education appointed a new Board of Trustees charged with ensuring the school returned to a sound financial footing while maintaining and enhancing education delivery.

A new chief executive was appointed to implement the necessary changes.

The school returned to a surplus. Current Chief Executive Mike Hollings was appointed.

A new funding model for the school was implemented and a regionalised delivery and support model was developed to enable stronger connections between the school and its students, their whānau and communities. A key element of the new delivery and support model was the reorganisation of teachers into multi-disciplinary teams focused on specific communities, called rohe. As part of those changes, a new integrated programme called Te Ara Hou was developed for students in years 7 to 10.

The school was allocated places in the nationwide Gateway programme for the first time.

Regional offices opened in Auckland and Hamilton, and regional relationship coordinators were appointed to provide support for dual students and their schools.

The regional offices were expanded to accommodate growing numbers of teachers in the regions. A partnership with the Whanganui Regional Primary Health Organisation resulted in a joint initiative to provide face-to-face support for Te Kura students at the Gonville Centre.

We developed our authentic learning approach, based on the successful Big Picture model.

Once again Te Kura stepped into the breach during a disaster, this time the magnitude 6.3 earthquake that struck the Canterbury region on 22 February. We made many learning resources available online for the first time and sent thousands of booklets to learning hubs in Christchurch. This enabled students to continue their schooling while schools were being assessed or closed.

Te Kura was chosen to be one of 10 new trades academies, enabling the school to offer students the opportunity to gain NCEA credits as well as earn a National Certificate in a trade or vocation such as engineering, early childhood education and building. 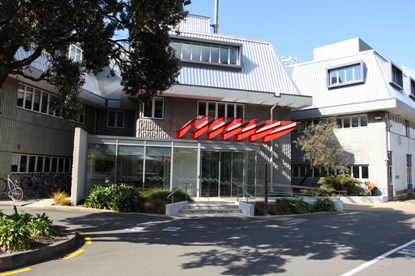 Te Kura made a number of systems changes, including the implementation of a new student management system.

Te Kura initiated an online music video project involving 44 students across New Zealand working together at a distance to create a music video for ‘Keep Moving’, a song written by two Te Kura students who collaborated online without ever meeting face-to-face.